...should be given far more exposure and marketing. It is a superb and varied CD...

...All I can say finally is, welcome back Amon Ra!!! You came back with a bang!

"We never said Goodbye" is an incredible journey from start to finish...

Get your copy now! 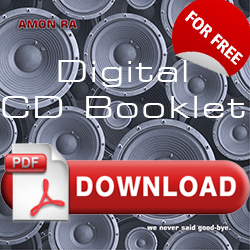 Lo and behold, 17 years ago Amon Ra released their debut album „Precarious Balance“, receiving a warm welcome from rock magazines around the globe. The album eventually went on to become a highly praised insider tip in prog circles, pulling in fans of Rush or Dream Theater as well as fans of the early Elton John. In the wake of its release, the band joined the German leg of SAGA’s world tour alongside being booked for shows as guests for main acts like Jethro Tull. In spite of being co-produced by a member of a famous progressive rock band, the follow-up album went down in the flames of a business fiasco. A fate the band shares with so many others, leading to the discontinuation of all live and studio activities.

"We Never Said Good-bye" is an ironic take on the band's history, and a tour de force comprising of 12 songs from the German American band. The basic compositions are largely from around the year 2000, but complemented by newer pieces. Reconstructing the old songs and simultaneously writing new material, the members worked in the relaxed atmosphere of drummer Lothar Hermann’s studio. With all the time they needed, they set their aim on creating an album homogenous in sound yet highly diverse in style, defying all attempts at easy compartmentalization.

It takes more than one listen to soak in the grandeur and merciless musical extravaganza of the entire 73 minutes. Yet after just one listen a certain addictive effect already starts to ooze in. While the final notes of the album’s closing song „The Great Metronome“ slowly fade out, some listeners will ask themselves what the hell just pulled out their auditory synapses, gave them a good shaking and snapped them back into the eustachian tube, brimming with euphoric neurotransmitters. Amon Ra's gamut of styles brazenly ranges from dark pumping rock to epic prog symphonies and minimalistic piano ballads to lep zep-esque retro rock and laid-back acoustic swing to a full-blown, insane rock tango!
Every open-minded music fan that enjoys heavyness along with big melodies and a slightly crazy tendency to experiment will enjoy the wild ride on this musical roller coaster with all the climbing, plunging and loop de looping it brings. The whole album is an exhilarating and suspense-packed ride. So hang on 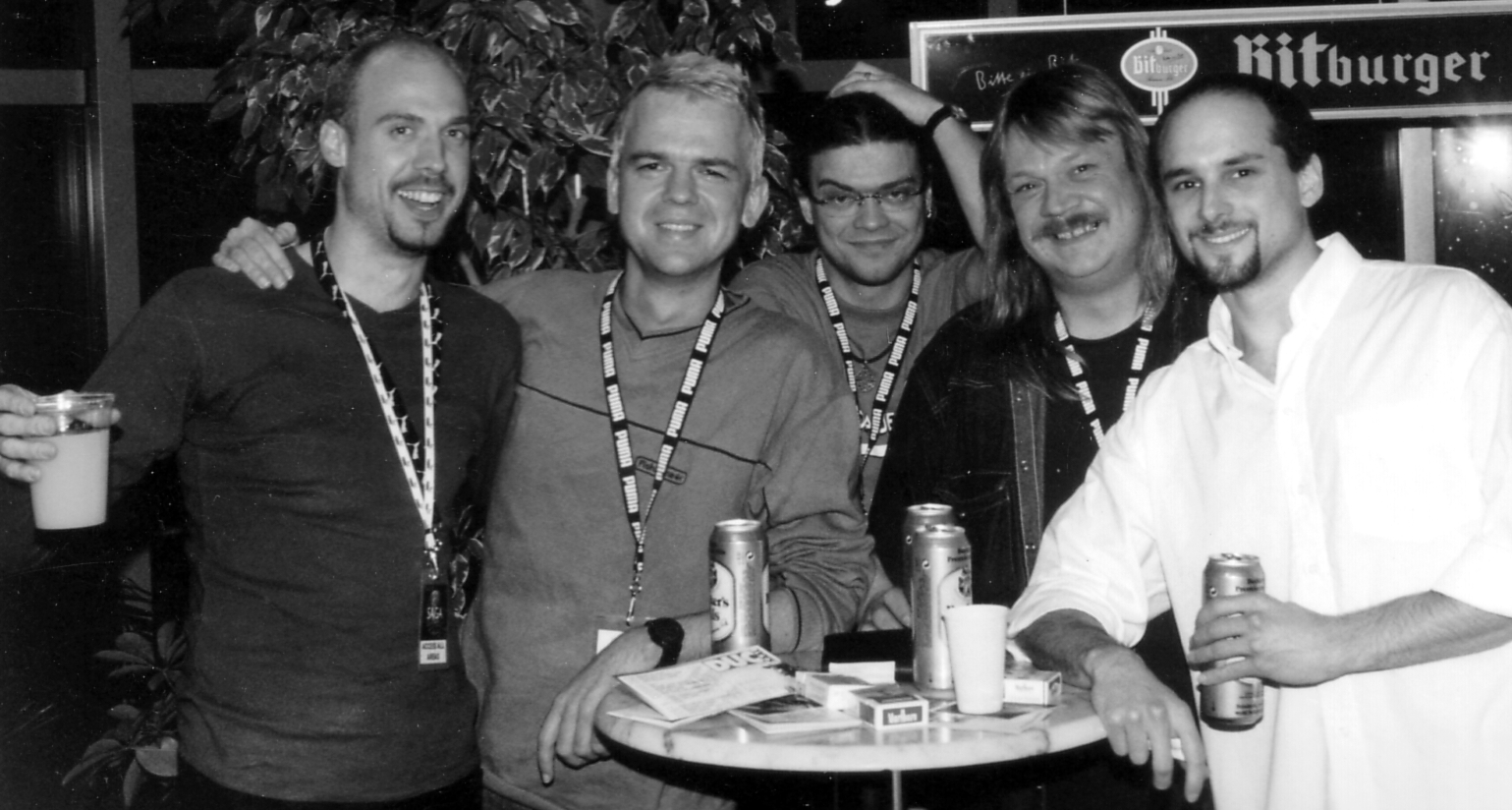 This picture was taken during the tour with SAGA 1999/2000. The tour was the pinnacle of the band's 12 year existence, sadly also marking its end. The reasons were many. We never formally played a „final" show and never announced having separated. Right after the tour, a whole bunch of songs were written. Now, 17 years later, with the befitting title „We Never Said Good-bye", we are proud to present this material to the people out there, still asking about us.
(from left to right: Gerry Boiciuc (Bass), Dierk Neldner (Keys), Thomas Wenzel (Guitars), Lothar Hermann (Drums), Scott Balaban (Vocals)) 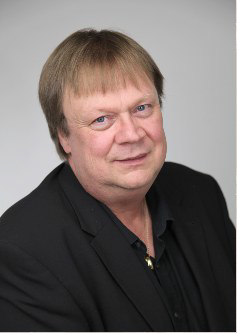 Welcome fans and visitors of our great little world. What we created with this album has moved me deeply. The intense, long period of time spent working on this album, mainly with Scott and Thomas, was a wonderful journey for me full of respect, enthusiasm, passion and friendship. Producing the album in my studio (Nature Studios) was THE highlight of my years of working as a sound, recording, mixing and mastering engineer. For these great times I would like to thank Scott and Thomas from the bottom of my heart! Hey, you two - We pulled it off! :-)

A few things about myself: After managing to already get on my parents' nerves at the age of four with my playing piano for visiting friends and family, they set me up with accordion lessons. Many years of practicing later, around the age of 12, I developed a new, deep interest for the drums, which went on to become my main instrument, eventually bringing me to Amon Ra in 1990 after several other bands. Early on, I began playing the guitar as well, which along with the keys gives me the wonderful possibility to write songs.
My studies of electro-engineering and my work as an executive have put me in the position to pursue my passion and I went on to get a degree as audio engineer, the cornerstone of founding my own studio. This "work" is so immensely fulfilling to me. It is amazing to collaborate with people and express their emotions and thoughts in music. That's why my Nature Studio's slogan is "Transfer Emotions ...". My sincere thanks for your interest in us! All the best - I'll never say good-bye ;-) 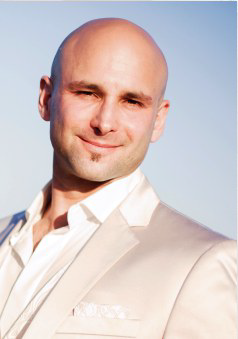 And there it was, my favorite part of every school year – choir break. A week away from school, singing with your best buddies during the day and then partying till dawn. This year's project was Andrew Lloyd Webber's "Jesus Christ Superstar". The first rehearsal was over and couldn't exactly be described as exhilarating. Right before the next session, a friend of mine pulled me into his room, sat me down and said „you GOTTA hear this“ and turned on the original cast recording. As Ian Gillan sang, arcing higher and higher fearlessly singing the climax of "Gethsemane", it hit me. I have to do this, too!
The next big step happened one evening during college. An infamous bar/musician's hangout and a notice on the board declaring "Singer wanted". I, to this day, remember a listening session with the keyboarder’s car stereo playing a mind-boggling opus (the song later turned out to be Illu-Vata). My love for musicals made me quickly realize the potential for grand melodies and longer, deeper narratives. Amon Ra was to be my first real band.

After college, I returned to Munich and went into the advertising business. As Don Draper so wonderfully puts it „Every good ad tells a story". And it conjures up emotions. What can I say, that seems to be my recurrent theme in life. Next to Amon Ra, I've had fun with pop, funk, soul and hard rock bands. Life is way too short to go through it with musical blinders on. Since recently, I have even developed a liking for high-quality New Country music. Check this out Iron-Hand.com. 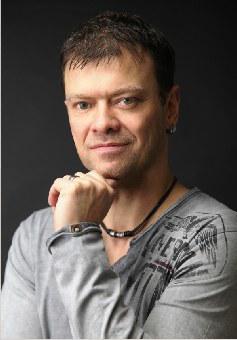 My 10 years older cousin is most definitely responsible for lighting the very first spark. And for that, I will be eternally grateful. If my hero back then was listening to it, it had to be cool. It really couldn't matter less to me that everybody else at school was listening to Depeche Mode and all those nut jobs of the Neue Deutsche Welle. I was just fine hanging out with my "big brother" getting to hear tapes of Deep Purple, Led Zeppelin, Black Sabbath, The Sweet, Uriah Heep and other 70s rock. Abysmal sounding tapes played on truly abysmal sounding tape recorders, made in East Germany, were my brainwashing sessions. At this point, Ritchie Blackmore was my favorite guitar player in the whole of the Milky Way.

At the age of 10, my mother gave me the first beginner's guitar for Christmas and I immediately joined the ranks of the thousand other budding young players roaring out the Smoke on the Water lick on the high E-string, till ear bleeding all-around set in. This became the hard rock foundation for all to come and it actually took quite a while until I let in any other musical influences at all. Back then, I would only listen to stuff my cousin’s clique deemed worthy of listening to. And that was almost always only 70s hard rock.

This inevitably changed when I joined my first band. Whole evenings of cover tunes, wildly mixed up, were played, along with a generous helping of East German music, as prescribed by the regulations of the government (!).

A few more meaningless musical stops later, I made the acquaintance of Dierk Neldner and the original core formation of Amon Ra was born. Lothar Hermann's addition to the band meant that within my own band I was surrounded by two other musicians with creative vision and what's more, huge fans of Kansas, Rush, Dream Theater and SAGA. The plot was thickening ... (cf. band info).

In the many years following the tour with SAGA and our attempts to land a record deal, Amon Ra was on hold and I focused on playing live, going from blues to southern rock to classic rock, even accompanying a comedy show, all the way to playing musicals. I also made some contributions to albums of musician friends of mine. To mention all of these projects would take too long, but I would like to mention my playing lead guitar for two musicals. On the one hand, it is befitting that both times it was Jesus Christ Superstar, the piece of music that had impressed me early on, just like Scott. On the other hand, of course it was that certain Ian Gillan from the original cast with his bone-jarring, otherworldly vocals that gave me a connection to Deep Purple. Between 2009 into 2012 I followed this musical signpost and played around 20 concerts with a Deep Purple tribute band, thereby coming full circle with the early musical education from my cousin.

After years of branching out musically there is one thing that I can say for sure: nothing can ever beat working on your own songs in the studio with great guys like Lothar and Scott. I am tremendously proud of our new album as well as our debut album and am herewith diabolically pleased to announce a further one ... hopefully to be released in less than 17 years!